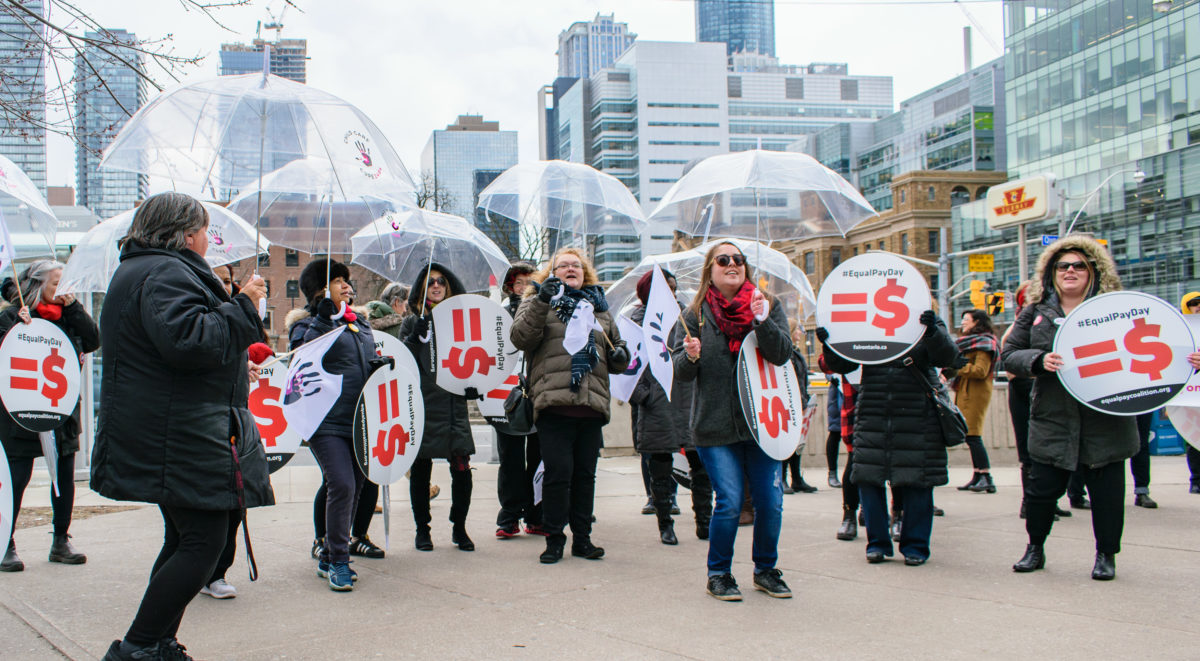 There are three main ways to calculate the pay gap*:

The Equal Pay Coalition uses the average annual earnings of all workers because it tells us the full picture of women’s economic inequality. It considers:

The pay gap is not just about gender. The gap increases substantially when intersecting with other forms of discrimination such as those experienced by:

Discrimination in pay is not limited to one career or demographic. Pay discrimination affects women of all ages, races, and education levels – regardless of their family decisions.

Pay gaps are a human rights violation. It’s time to speak up.