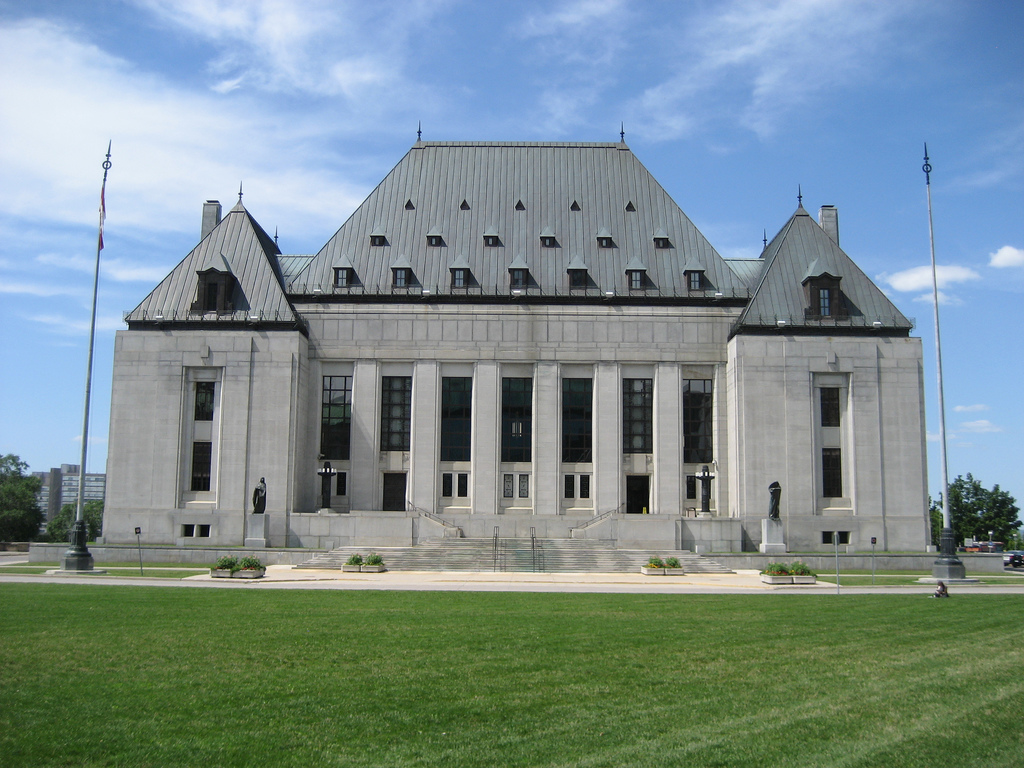 Home Factums for the Supreme Court of Canada Intervention

Factums for the Supreme Court of Canada Intervention

On October 31, 2017  Fay Faraday and Jan Borowy, co-chairs of the Equal Pay Coalition,  intervened at the Supreme Court of Canada on behalf of the Ontario Equal Pay Coalition, the New Brunswick Coalition for Pay Equity and the Women’s Leaf Education and Action Fund (LEAF) who formed an “Equality Coalition”.

In the first case, the constitutional challenge was brought by unions representing childcare workers, and others.  The unions challenges sections of Quebec’s pay equity law that denied women in female-dominated workplaces access to pay equity for a five year period. The law also denied retroactive pay as a remedy for the wage discrimination the women experienced during that five year period. The Quebec unions representing the women workers say the Quebec law violates the right to equality guaranteed in the Canadian Charter of Rights and Freedoms.  The Intervener Coalition agreed.  The Coalition wanted to ensure the Court applied a robust equality analysis that recognizes how systemic discrimination structures women’s work.  There is a very direct connection between our gender-segregated labour market and women’s lower wages.

In the second case, the Quebec Attorney-General filed a constitutional challenge to the Quebec Court of Appeal’s finding that the 2009 Bill 25 amendments to Quebec’s Pay Equity Act were unconstitutional.  The Quebec Unions were successful in the lower courts.  At issue in this case was the Quebec’s governments amendments to the pay equity maintenance procedure. The amended procedure denied women access to pay equity maintenance other than once every 5 years and denied access to retroactive payments.  The intervenor coalition agreed with the Unions’ position.  The Coalition again called for a full analysis of substantive equality which recognizes that systemic sex discrimination in pay is not an episodic, one time event.

Click the following links to read the Pay Equity Maintenance Appeal or the Female Workplaces Appeal.