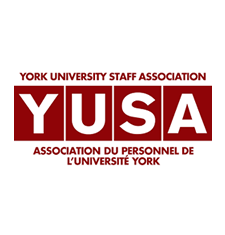 We achieved our first contract a year later in 1976, and throughout our history, have proudly represented the interests of workers on campus.  YUSAPUY believes that all working people, regardless of race, gender, age, sexual orientation, nationality or religion, deserve greater security, respect and fairness on the job.

YUSAPUY is a member of the Confederation of Canadian Unions, which strives to bring working people and independent unions together to establish more equitable and democratic workplaces throughout the country.