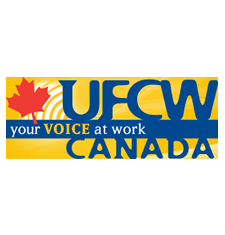 UFCW Canada is Canada’s leading and most progressive union. Together, we are more than a quarter of a million Canadian workers strong, and together we are building a stronger future for UFCW Canada Members, Families and Communities, while protecting and promoting employees rights and social justice for all.

We are a Canadian union backed up by the strength of UFCW International – one of North America’s largest private-sector unions with more than 1.3 million Members.

Many people think of UFCW Canada as the food workers’ union because we represent Members in every sector of the food industry from the field, to the processor, to the warehouse, to the store, to the dinner table. But we are more than that. Across Canada tens of thousands of UFCW Canada Members also work in retail, healthcare, hospitality, security, financial services, non-food manufacturing and many other industries.

All UFCW Canada Members are treated equally, including thousands of Members who are also Temporary Foreign Workers in Canada – on a path to permanent status because of their UFCW Canada collective agreements.